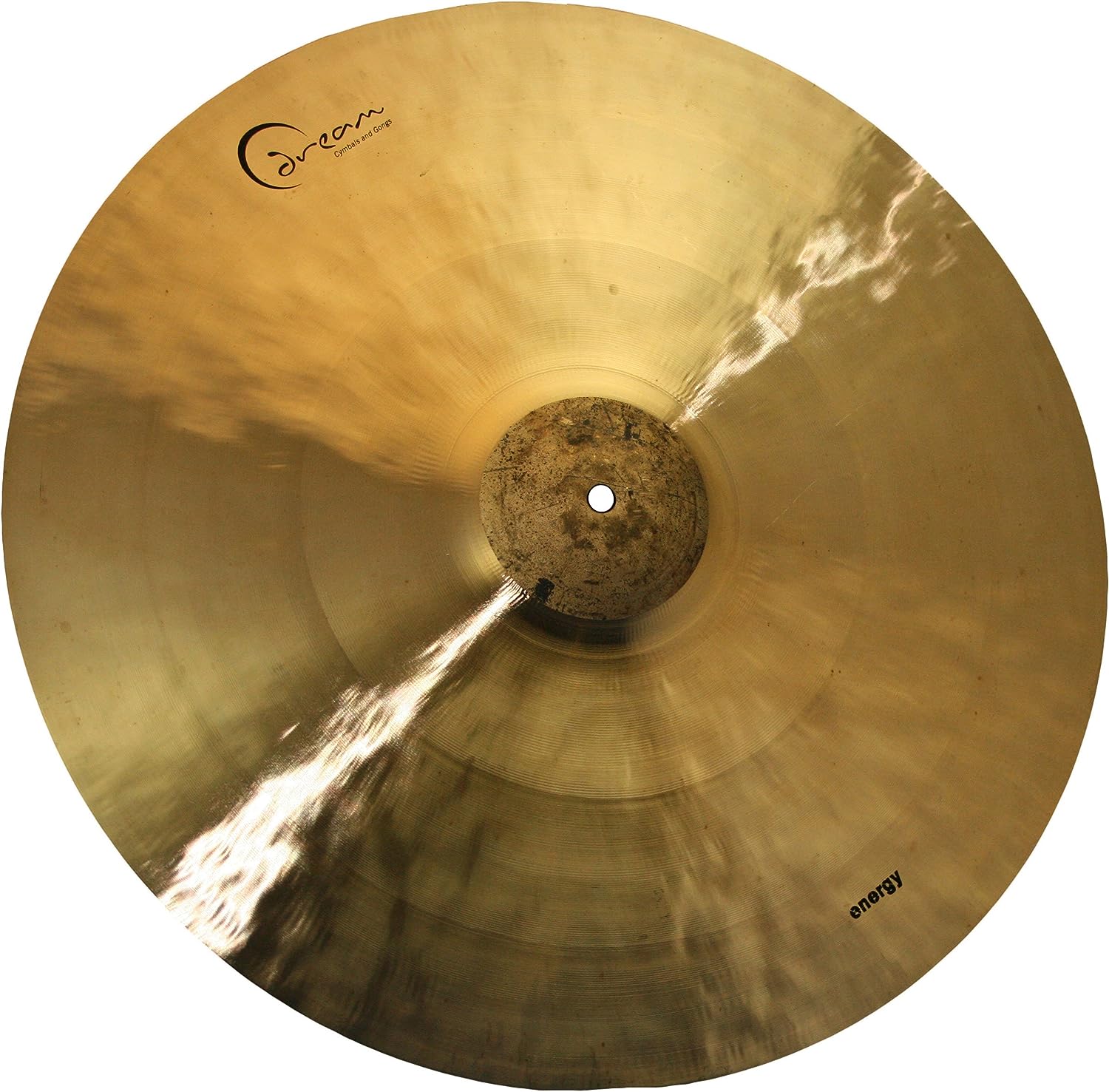 Dream Cymbals Energy 22" Ride
Dream Cymbals' Energy Series will help any drummer stand out and play at their best. Rock and metal drummers will love the weight and volume as well as the bright tone. They're well-balanced with an un-lathed bell and Bliss-style micro-lathing. They deliver something that's slightly exotic, but with every characteristic rockers look for. And, they look amazing! The Energy 22" Ride has the versatility for live or studio playing and the power to keep a band in time and in line!
Flexible, quality cymbal sound.
Un-lathed bell focuses weight in cymbal center.
Loud and bright, cuts through in live situations.
Quality and unique sound for recording.
Unique craftsmanship.
The Energy series cymbals feature a unique build process that results in a cymbal that's perfect for rock and metal drummers, while still standing out with just a bit of an exotic timbral uniqueness."br"Drummers - play cymbals that let you play like you. Pick up a Dream Cymbals Energy 22" Ride today!"br"Full Features"br"Heavier cymbal, un-lathed bell."br"Hand-hammered, custom made."br"More volume, brighter, but detailed."br"Full Specs"br"Surface: top hat micro lathed, bottom hat unlathed"br"Bow: medium taper, gradual bridge"br"Bell: broad, loud, unlathed"br"Weight: medium to heavy"br"Hammering: deep hammered hot and cold"br"Stick: very clear, cutting projection"br"Wash: extreme power, broad dynamic range, full bodied."br"